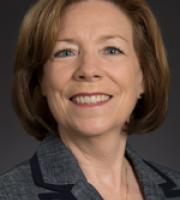 Dr. Linda Plank serves as the Interim Dean and Clinical Associate Professor of the Baylor University Louise Herrington School of Nursing. Previously, she was the Senior Associate Dean of Academic Affairs.

Dr. Plank attended Baylor University in Waco in 1973 before going to the Baylor Nursing School in Dallas in 1975 and graduating in 1977. She took her first job as an RN in 1977 and stayed at Baylor University Medical Center in Dallas for the next 33 years. During that time, she held multiple nursing positions including advancing administrative positions and was the Vice President for Medical-Surgical Nursing when she left in 2008.

While serving as a nurse at Baylor University Medical Center, Dr. Plank received her MS in Nursing from Texas Women’s University in 1981 and then received her Ph.D. from the University of Texas at Arlington, Texas in 2002. She is nationally certified by the ANCC as a Nurse Executive Advanced (NEA-BC).

After a lengthy career at Baylor University Medical Center, Dr. Plank was recruited back to her alma mater to teach. She began in 2009 as a Regular Lecturer. In April 2012, she accepted the interim Associate Dean for Academic Affairs position. The next April (2013), she agreed to stay in the position. In September 2014, Dr. Plank transitioned to the newly created Clinical Track at the nursing school in the rank of Clinical Assistant Professor. She taught in the undergraduate program, the accelerated FastBacc BSN Track, and the graduate program. Courses taught included Management and Leadership, Consumer of Research, Health Assessment Lab, Nursing Informatics, Issues in Health Care and Practice, and Budgeting and Healthcare Finance for Nursing Leadership.

Get more information to make the decision that's right for you:

Connect With Your
Baylor Enrollment Advisor

Whether you have a simple question or need advice to determine which program is best for you, our friendly advisors are here to help. They can chat with you on your schedule and guide you through the entire admissions process so you can feel confident in moving forward with Baylor University.